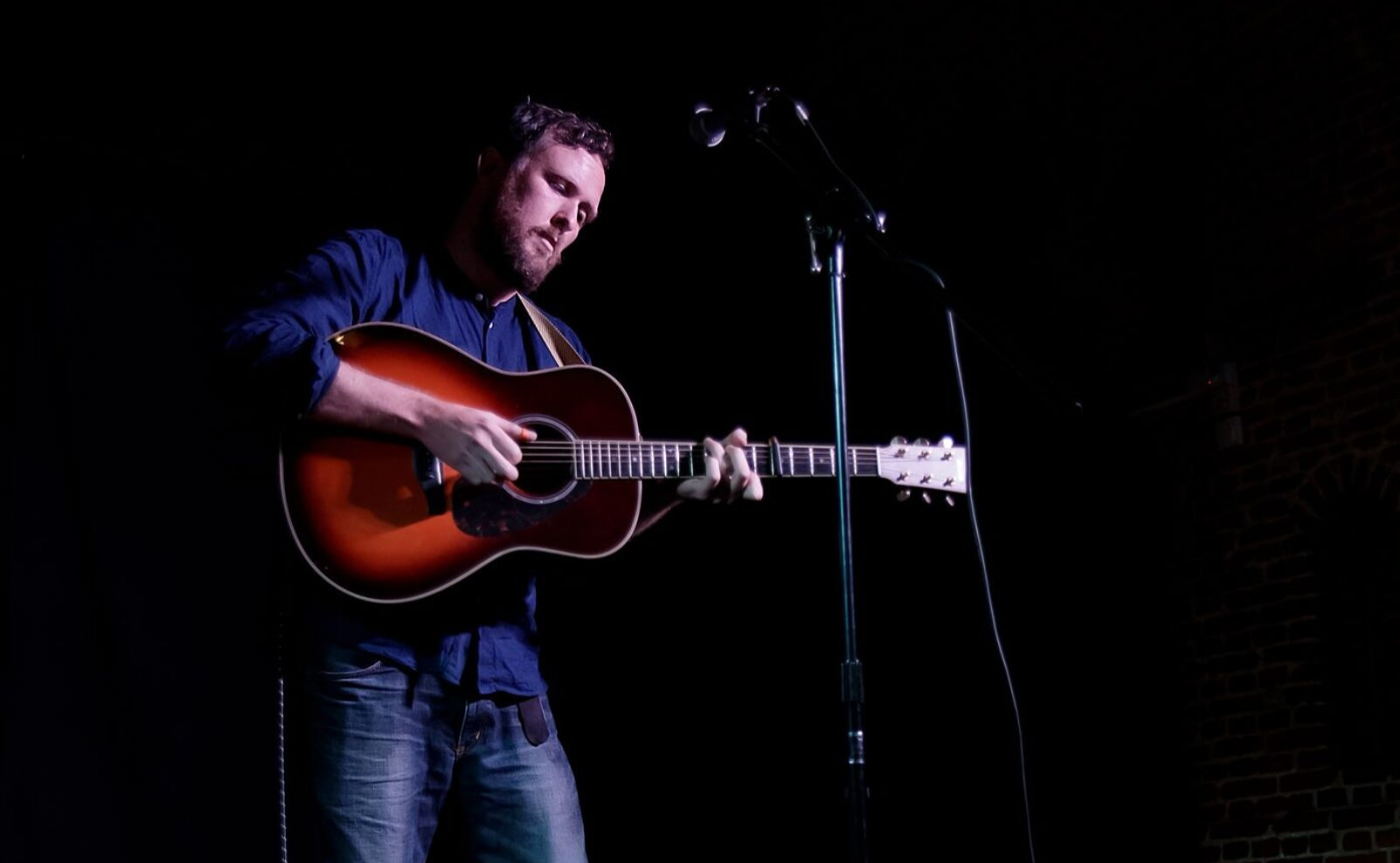 Jon’s background as a journalist (a former editor of Time Out magazine and contributor to Dazed & Confused, The Guardian and other publications) means that he has a great eye/ear for a story, and this shows in his live shows – an amusing mix of folk song performance and conversation.

He throws in weird and wonderful tidbits about the original singers and collectors that he has unearthed during his substantial writing and podcasting research on traditional folk music in the UK, and his performance has been described as half concert, half standup routine.

To date, Jon has recorded three full-length folk albums and one EP. He has also released three albums and one EP with his duo, The Grizzly Folk, and an album and EP with Japan-based indie band, Cut Flowers (in a former life). As well as gigging whenever he can, Jon co-runs Whitchurch Folk Club in Hampshire, and writes and podcasts about folk music.

‘The sort of performer folk circles mean when they talk of the living tradition’ - Mike Davies, Folking.com

‘Jon’s passion informs his live shows, the songs liberally sprinkled with anecdotes (‘babysitting’ Martin Carthy being a particular gem), humour and history, his singing and personality hugely engaging. He is the sort of performer folk circles mean when they talk of the living tradition.’ - Mike Davies, Folking.com reviewer and Alternative Roots presenter

‘One of the best of the New Wave of Folk Blokes,’ said fRoots Mag, adding, ‘As a guitar player and arranger of traditional songs, Jon Wilks already deserves speaking of in the same breath as your Simpsons and your Morays.’

‘Jon Wilks is a fine guitar player, a great singer and has amassed a considerable and unique collection of hitherto unknown material from around his hometown of Birmingham. I’m looking forward to sharing the stage with him immensely!’ - Martin Simpson

Jon’s latest album, Up The Cut, released in February 2021 has received these plaudits in the press:

‘Jon Wilks’s Up the Cut explores the fascinating history of Birmingham street balladry, a thriving 19th-century industry, through simple, deeply affecting voice-and-guitar settings. The Lover’s Ghost and Stowaway are especially beautiful, delicate with love and loss.’ – Jude Rogers, The Guardian

‘Up The Cut is a beautiful album. Affecting, simple guitar, exquisitely accompanied by Wilks’ authentic, honest voice. A raw, but entirely seductive, performance. One for all lovers of traditional songs delivered with minimal frills.’ – Folk Radio

‘Another terrific, suitably spit and sawdust collection of traditional folk songs, many dusted down and rescued from obscurity and given a suitably robust Wilks treatment. Glorious.’ – Mike Davies, Folking.com

‘Great album. Got the same thrill from it when I bought my first Transatlantic and Topic LPs.’ – Bev Harris, Mainly Folk Radio Show

Tickets are available online, over the phone or in person.