Aanchal Gupta is Degree hold in Indian Classical dance Bharathnatyam along with her Engineering Degree.

She started dancing at age 7 and since then dance has become an important part her life.

Being from Mumbai - India she has been exposed to many folk dances from all over the country along with Bollywood and Bharathnatyam.

Alongside her classical training she is also trained in Bollywood dance with a Mumbai based dance company and performed with them for many Bollywood shows.

In 2012 she was introduced to Salsa and found her new dance love. In 2013 she traveled to California to train professionally in Salsa with Montuno and Alma Latin Dance Company.

Coming back from USA she started her own dance company in Mumbai which provided many dance services in multiple style.

Aanchal moved to UK in Feb 2016 after her marriage and started teaching Bollywood dancing in Bristol from April 2016.

Aanchal also competed in Europe Latin Championship which was held in London and was one of the finalist.

Her Dance Company ' BollyRed ' has been on the top UK stages from 2016 which includes festivals like Womad, Wild & Well, Camp Bestival, Bristol Harbour Festival, Bristol Pride, Tribe of Doris, Diwali at Trafalgar Square along with TV appearance on BBC One show Eat Well for Less.

Currently she has multiple Bollywood, Bollywood Dance Fitness, Bachata and Salsa classes in Bristol and London.

Aanchal has worked with all age groups and with different level of dancers as a teacher, a team member and a student bringing the knowledge and experience of each role in her class.

She adds a vibrant charm to the class by explaining the true expression behind each step which lightens up the mood and brings meaning to the routine.

She is strong believer of working on basics and techniques in each class which helps in building a strong base and eventually making us a better dancer.

At the end of the course she encourages students to perform with her and experience a new side of themselves. 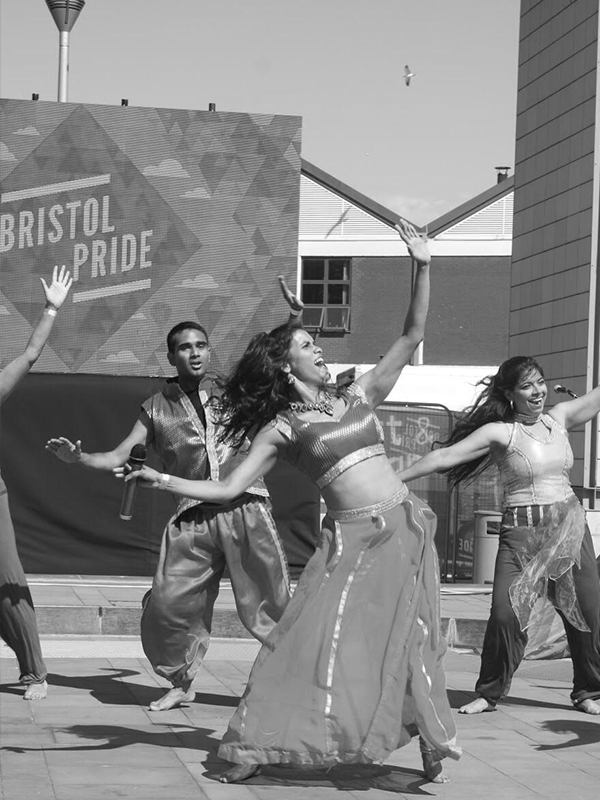