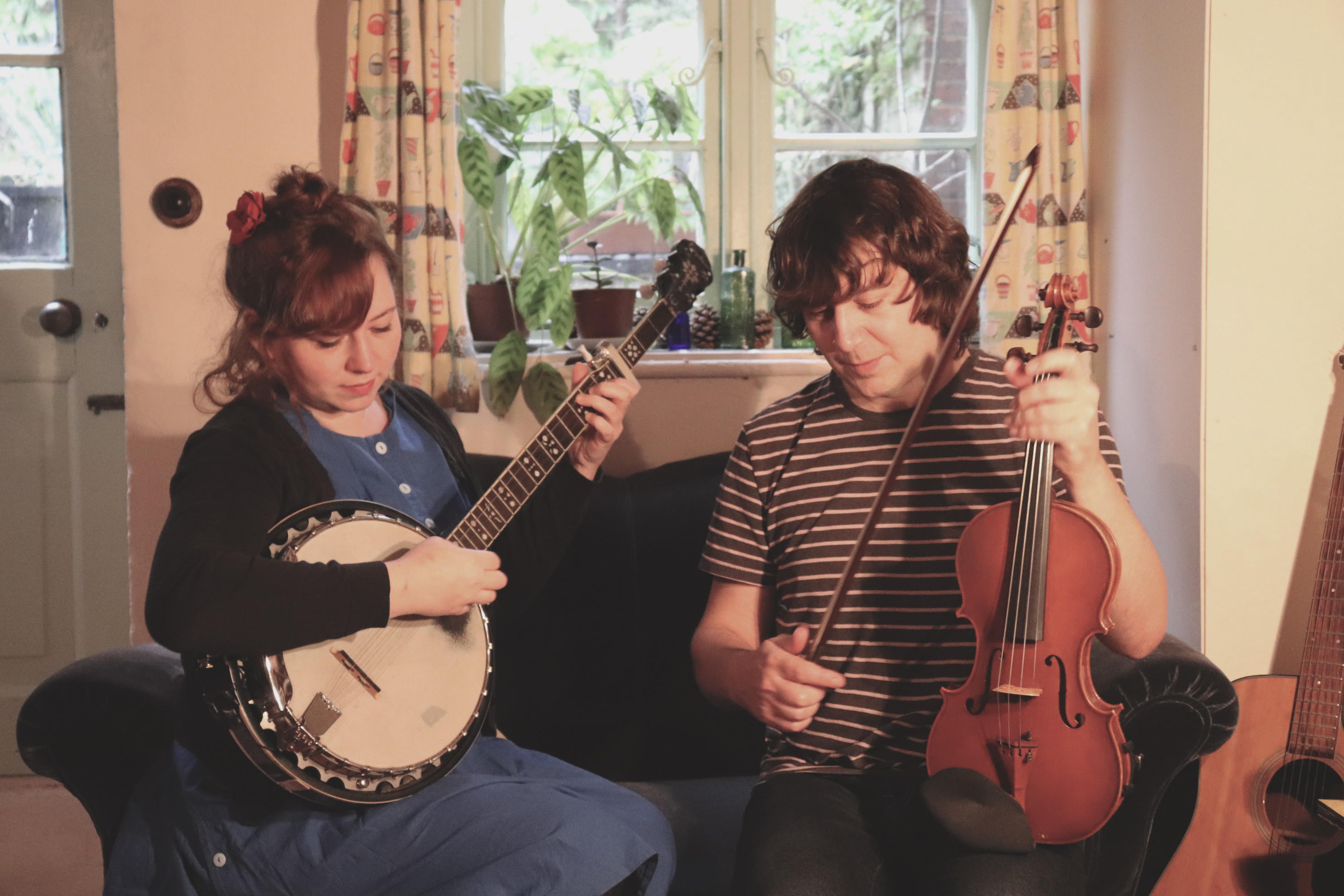 Christina Alden and Alex Patterson have been playing music since they were children and were both raised in musical households in the Norfolk and Suffolk countryside. They are multi-instrumentalist songwriters and have been working together for over seven years from their little home in the centre of Norwich. Their music is firmly bedded in the folk tradition of storytelling and their writing often reflects on the relationship between humans and the wild; from unlikely friendships between a wolf and bear, migratory movements of Artic foxes and people across land and ocean and the importance of re-wilding and enabling space for nature to renew.

They have enjoyed touring extensively in the UK and Europe; including a twentythree-date concert hall tour with Show of Hands (including Union Chapel and St David’s Hall Cardiff), a show at Glasgow Royal Concert Hall for Celtic Connections, headline and main stage performances at some of the UK’s most prestigious folk festivals and performances in Norway, Belgium, France and Ireland. They have written and self-released four albums, composed music for a BBC Radio 4 documentary series and have had over a million streams on Spotify.

2022 is set to be an important year as they set out on our first major tour as a duo following the release of their spring 2021 debut album. ‘Hunter’ received stunning reviews and lots of national airplay including; BBC Radio 2, BBC 6 Music, BBC Scotland, BBC Wales, BBC Ulster and RTÉ Radio 1 and it even made it into the top 10 in the Amazon Folk charts!

'a bright, lively collection of songs that plays so sweetly it evokes the sensation of a summer folk festival' - The Guardian
‘A milestone for contemporary folk songwriting’ - Bright Young Folk ????? - Morning Star
???? 'Among the roots-world cognoscenti' - RnR Magazine

‘Beautifully realised collection of songs and tunes...Perfectly matched harmonies...at times it’s hard to tell them apart, you could be listening to a single voice’ - Folk Radio Uk

Tickets are available online, over the phone or in person.