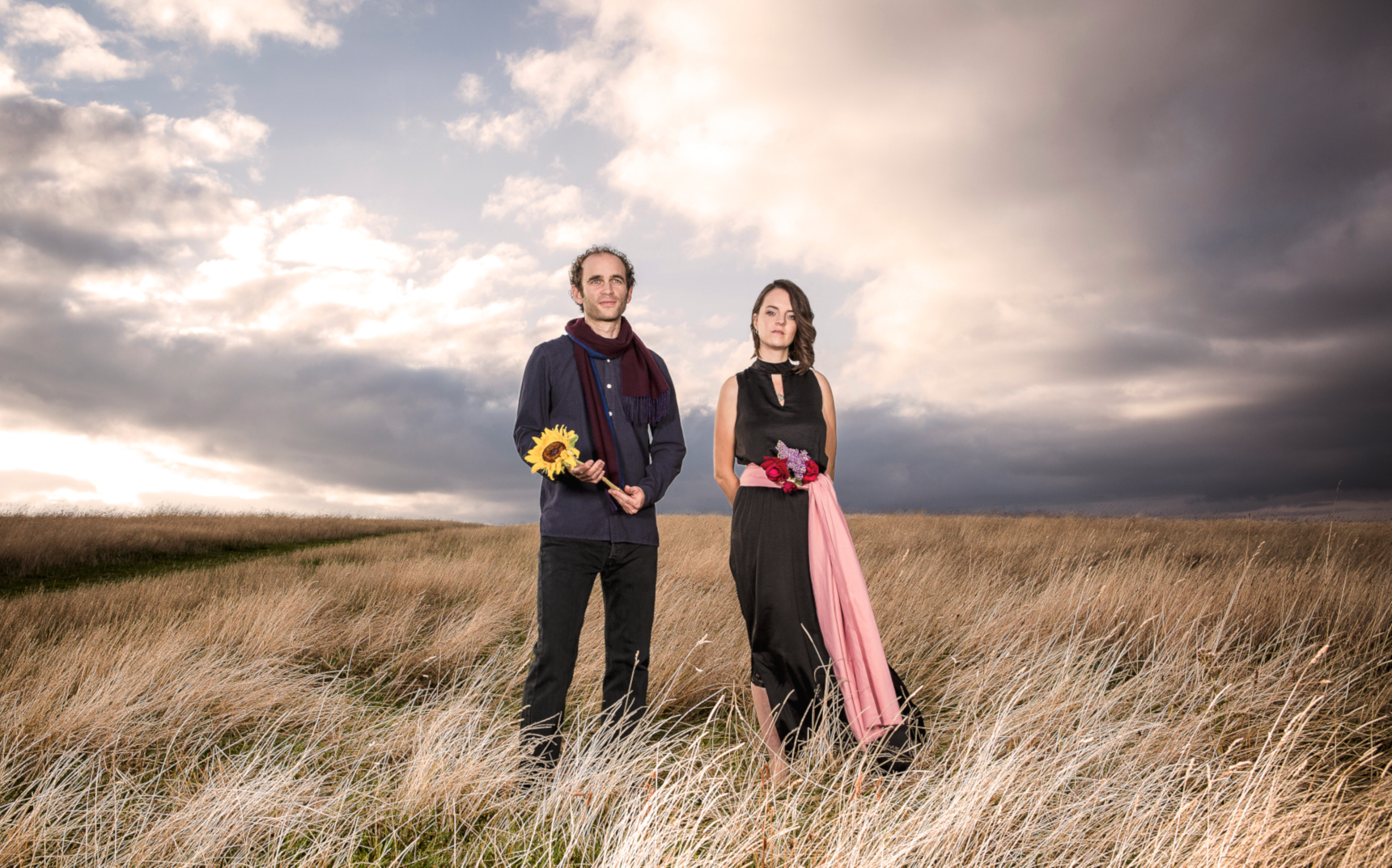 Faeland’s music has been described as “soul balm”, “ethereal” and “worldly yet otherworldly”. Their debut album All My Swim attracted widespread acclaim in 2018 – it was championed by BBC 6 Music and BBC Introducing amongst others. At its core are singer-songwriter Rebecca Nelson and guitarist / multi-instrumentalist Jacob Morrison from Stroud, UK. They regularly perform with guest musician Martin Solomon (accordion, Celtic harp & violin).

Gentle, intuitive, and mystical, Faeland’s music blends folk traditions from both sides of the Atlantic Ocean with singer-songwriter stylings and a slice of pop – creating a captivating sound with instant appeal. Faeland’s audiences are often deeply moved and many end up singing along, even those hearing the music for the first time. Their songs deal with the deeper themes of humanity such as love, loss, healing, and magic. It’s clear this duo is fully committed to making music that changes lives for the better and adds something good to human existence.

Live performances can include acoustic guitars, double bass, harp, accordion, charango, banjo and violin. Ethereal, bittersweet vocals float across the mix and complete the picture. Echoes of Joni Mitchell, Fleetwood Mac, and Loreena Mckennitt are detectable but the vibe is original and individual.

Faeland’s sound and mission pair up well together and create a beautiful vulnerability that is authentic and true. Songs like “We’re Just A Love Song,” “All My Swim,” and “The Wheel” offer listeners a seductive realness that rises above all the pushed product out there and must be heard and experienced to be fully understood. Faeland’s focus on positive impact and ample musical skills have the potential to touch the world if given the chance. Fans of well-executed modern folk will want to find this band soon, while it can still be seen up close.

Faeland’s new singles release in Spring and Autumn 2020. One of which features on the soundtrack to new film “23 Walks”. The film is due for release in commercial cinemas September 2020, starring Dave Johns (I, Daniel Blake, Fisherman’s Friends) and Alison Steadman (Gavin & Stacey, Secrets & Lies).

Faeland’s new album is due to release November 2020.