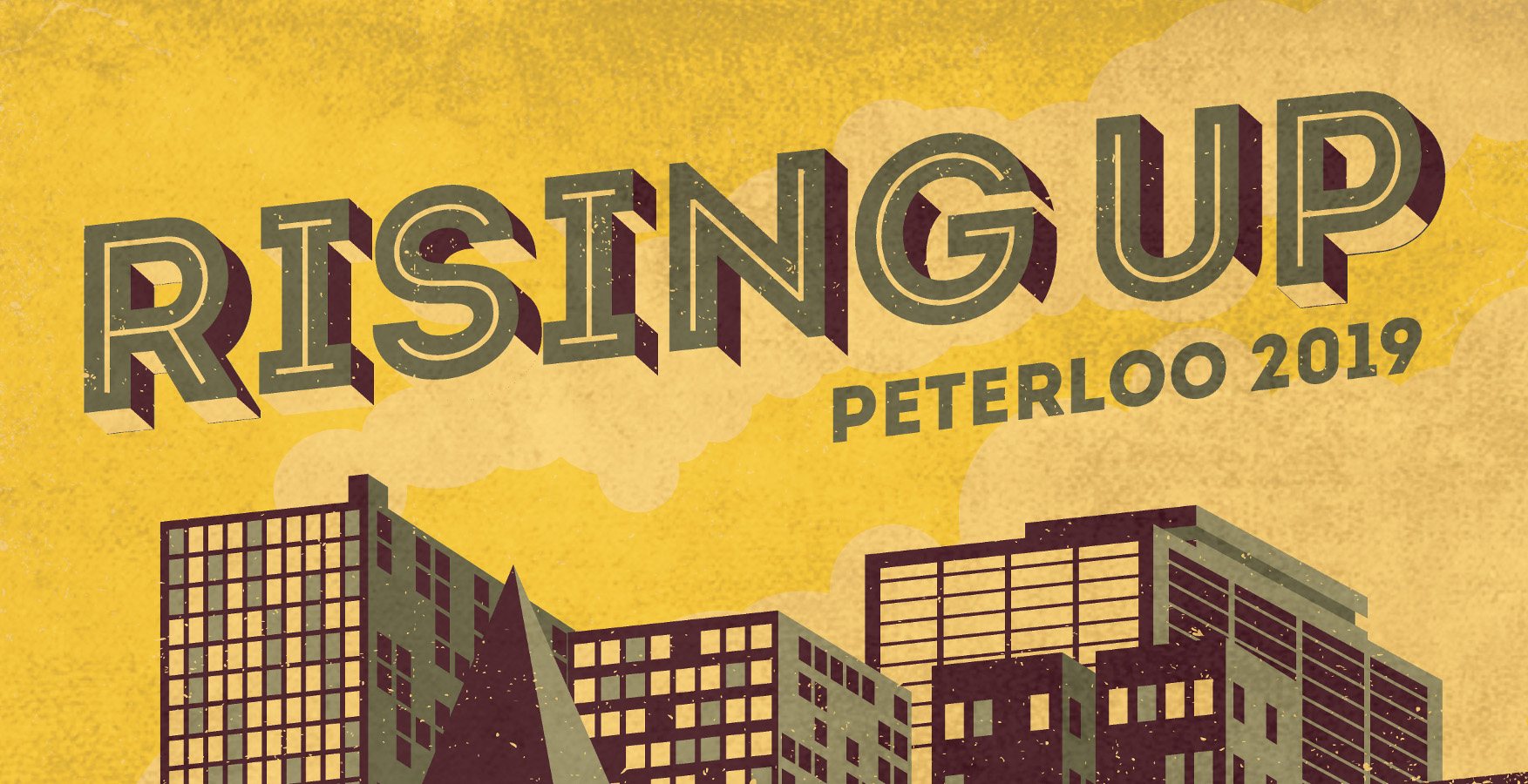 In 1819, the concept of freedom of speech, protest and democracy were tested when armed soldiers charged at peaceful protestors. Two centuries on, these principles are still under threat. This new commission tells the personal stories of two women linked across time and through experience as they struggle to rise up and find their voice.

Jim Molyneux
Jim Molyneux is a multi-instrumentalist, vocalist and composer/producer hailing from Littleborough, near Manchester, now based in London.

He studied at Chethams School of Music for five years before moving on to the Royal Northern College of Music, where he graduated from in 2013.

In 2008 Jim made it to the highly acclaimed Grand Final of the BBC Young Musician of the Year, after beating off national competition to triumph in the percussion section. The Grand Final was televised on BBC2 to 1.1 million viewers.

Since then, Jim has been widely in demand as a drum-kit player, keys player and vocalist for live performances, recordings, theatre, radio and TV work.
His recent work includes playing and singing as a member of The Lost Words: Spell Songs, including a sell out national tour, and a BBC Prom at the Royal Albert Hall. He has also recently featured as a session musician with Janet Devlin, Tom Clarke (The Enemy), and Lucy Rose.

Since being named Best Newcomer at the 2010 BBC Radio 2 Folk Awards Sam Carter has been stirring audiences from Camden to Canada, via an attention grabbing

appearance on Later… with Jools Holland and a dreams-really-do-come-true performance in a specially assembled band to back Richard Thompson at Shrewsbury Folk Festival.

Described as ‘the finest English-style finger-picking guitarist of his generation’ by Jon Boden (Remnant Kings, ex-Bellowhead), Sam has toured the world, equally happy to perform intimate solo shows on acoustic guitar, on electric with a full band, or to collaborate with other artists. Recent collaborations have included Sweet Liberties, an EFDSS and Folk By The Oak joint-funded project which saw Sam, Nancy Kerr, Maz O’Connor and Martyn Joseph delving into the archives of Parliament in search of inspiration for songs about the pursuit and development of democracy. Sweet Liberties toured major UK venues, spawned an album of the same name and featured on BBC Radio 3’s World On 3 in late 2016.

Sam’s third solo album How The City Sings was released in April 2016 and captured this fervently admired singer, songwriter and guitarist at his most passionate and moving, with The Guardian calling it a ‘bittersweet electric-folk concept album’ in their glowing 4-star review. The release was supported by a 15 date tour, culminating in the launch show at a packed-out Kings Place in London featuring the How The City Sings band; keyboardist Neil Cowley (Neil Cowley Trio, best known for his contributions to Adele’s 19 and 21 albums) fiddler Sam Sweeney (Bellowhead, Leveret and BBC Folk Musician of the Year) drummer Evan Jenkins (Neil Cowley Trio) and Sam’s longstanding bassist Matt Ridley.

Sam continues to break new ground in his work with Jim Moray in False Lights, a band with the stated aim of updating the template of folk rock and making a joyful racket. Featuring songs premiered in a rip-roaring live session on the BBC Radio 2 Folk Show in January 2018, their second album Harmonograph is due for release in February and looks set to build on the success of their Folk Award nominated debut Salvor which fRoots hailed as ‘A game changer for all involved, and perhaps even the scene in general’.

2017 BBC Radio 2 Folk Award winner Lucy Farrell is at last embarking on the solo career so many have been hoping for, since first hearing her exquisite renditions of traditional ballads and quietly moving original songs.

As one fourth of The Furrow Collective, Lucy is the current recipient of the Best Group prize following the release of their widely acclaimed Wild Hog LP, earned during an immensely busy and creative time in which she contributed to the raved about return to form that was the Eliza Carthy & The Wayward Band’s Big Machine album and tour, and also saw her final shows with the Emily Portman Trio with whom she’d sung, sawed and played viola for many years.

An inveterate collaborator, the news that Lucy is to take centre stage in her own right comes as a welcome surprise to all those who’ve been entranced by her haunting and quintessentially English voice, subtle and instinctive musicianship and her ability to connect emotionally with an audience while adhering to the great Shirley Collins’ adage that in folk music the singer should never get in the way of the song.

Lucy Farrell first enchanted fans of traditional music when she began performing as a duo with fellow Newcastle Folk Degree graduate Jonny Kearney. Invited to become the regular opening act for The Unthanks, Lucy & Jonny’s blend of wry and lovelorn tales with exquisite interpretations of English, Scottish and American ballads saw them frequently outselling the headline act at the CD stall. As well as Lucy’s fruitful partnership with singer and songwriter Emily Portman and the award winning

harpist and singer Rachel Newton, she has also written, performed and recorded with numerous bands and projects including Dark Northumbrian, Gluepot, a star-studded live tribute to Norma Waterson, and also formed her own group Ogres. Although she’s rejected the conventional career path, Lucy has become one of the most in demand musicians and vocalists on the young folk scene.

Signed to the impressively visionary Hudson Records, Lucy Farrell has returned to the traditional folk songs that have remained at the heart of everything she’s done. These are the ballads that inspire her own compositions, but in their own handed-down beauty and strangeness tell fantastical stories beyond our imaginations. And in her voice they bewitch anew.