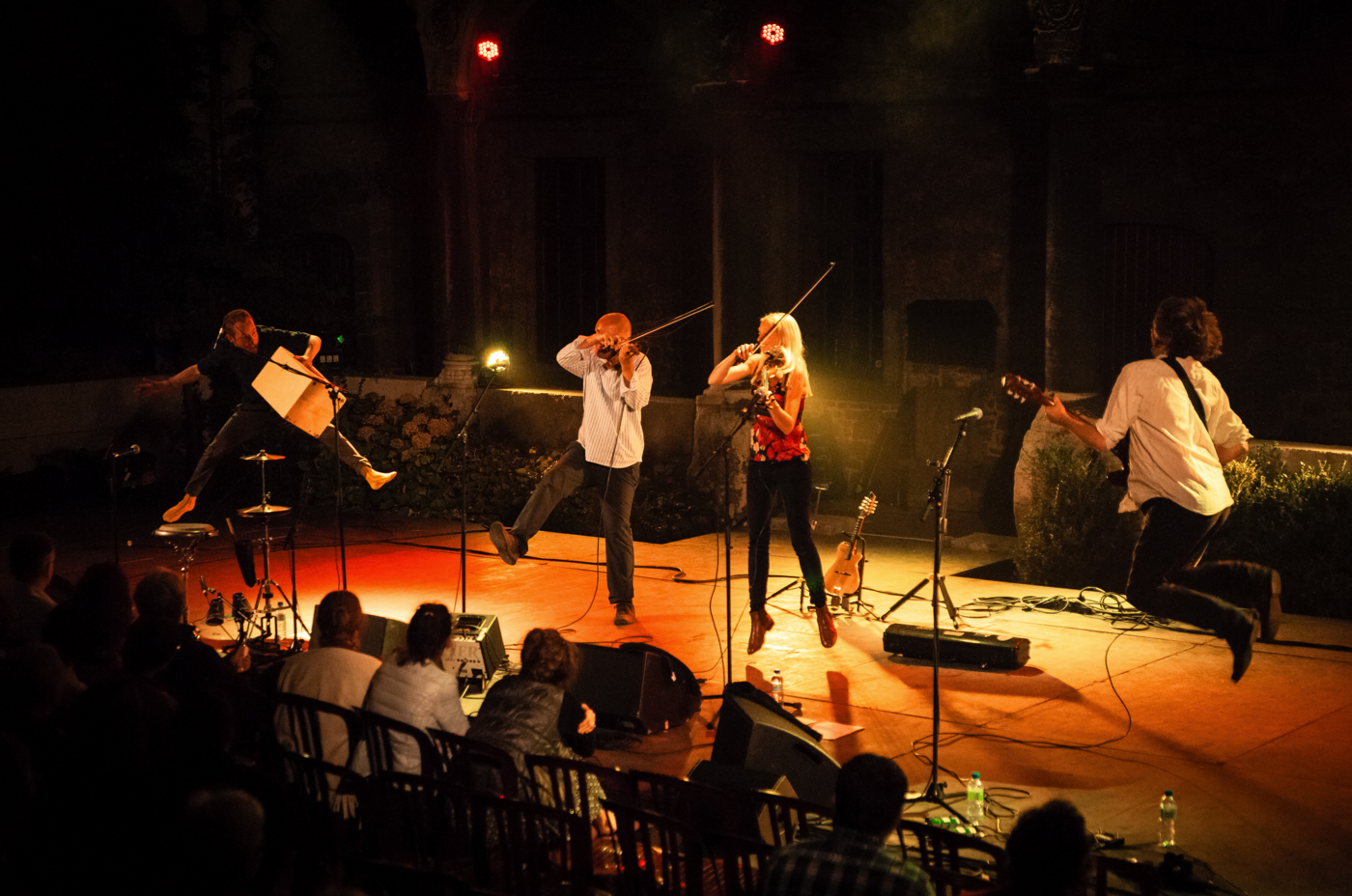 This show has been rescheduled from March 21. If you already bought tickets for then, they will still be valid.
"UFQ are impossibly wonderful" - fRoots

"Up there with the best of them - amazing musicians." - BBC Radio 2 Folk Show

In an age where the word “folk” encompasses everything from acoustic pop to hardcore traditional music, the use of such labels to distinguish one musical experience from another has arguably been stretched farther than ever.


The Urban Folk Quartet’s distinguishing features have much less to do with the traditional idea of genre. Yes, this is fiddle-led music that draws heavily from celtic dance forms and traditional song but from there on in it is unlike any folk band you have ever heard. Just as English country dance unassumingly met with big band jazz musicianship in the mid 20th century, The UFQ’s approach to the folk ethos is to embrace any and every influence that genuinely makes sense of their time and place and makes sense in their music. From funk grooves to middle-eastern melodies, afrobeat to north Indian rhythms.

“A sizzling hot ensemble who fuse folk with elements of dub, house and rock with an ease that shouldn’t naturally follow that list of genres. Built on the rhythms of a cajón-wielding percussionist and oud-playing bassist, the phenomenal fiddlers led the quartet in one of the tightest line-ups I have ever seen.” - Olivia Haughton, Songlines

The first of those phenomenal fiddlers is Galician Paloma Trigás, who has shared stages and recorded with with the likes of The Chieftains, Sharon Shannon and Altan, during her tenure touring the stadiums of the world with Spain’s biggest folk star, Carlos Nuñez. The second is Joe Broughton (Albion Band, Bellowhead, Joss Stone) long-established on the folk scene as the fieriest English fiddler and showman of his generation. Also an exceptional guitarist and mandolin player, in UFQ Joe deftly shares multi-instrumentalist duties (often mid-song) with Dan Walsh. Touted as one of the finest banjo players in the country as well as a gifted singer and guitarist, Dan (Seth Lakeman Band, The Levellers, Walsh & Pound) joined UFQ in 2014, as guitarist, oud player and founding member Frank Moon stepped out of touring life. The lineup is completed by Tom Chapman, widely considered to be the most accomplished and innovative cajonero the UK has to offer.

With the vibrant and diverse Birmingham music scene as a fundamental influence, UFQ is a truly international band. Foreign touring and globally- influenced music have been at the heart of what they do since day one, when in June 2009 their first four gigs took place in four different countries.

Since then UFQ’s trail has blazed across the world, playing everything from secluded coves to 30,000 capacity festival fields, igniting audiences and winning them a devoted fan base from The Bay of Biscay to edge of The North Pacific. UFQ's cross-genre appeal sees them occupying a singular position, crossing scenes and continents and sharing bills with the most eclectic range of artists. It only gets wilder...